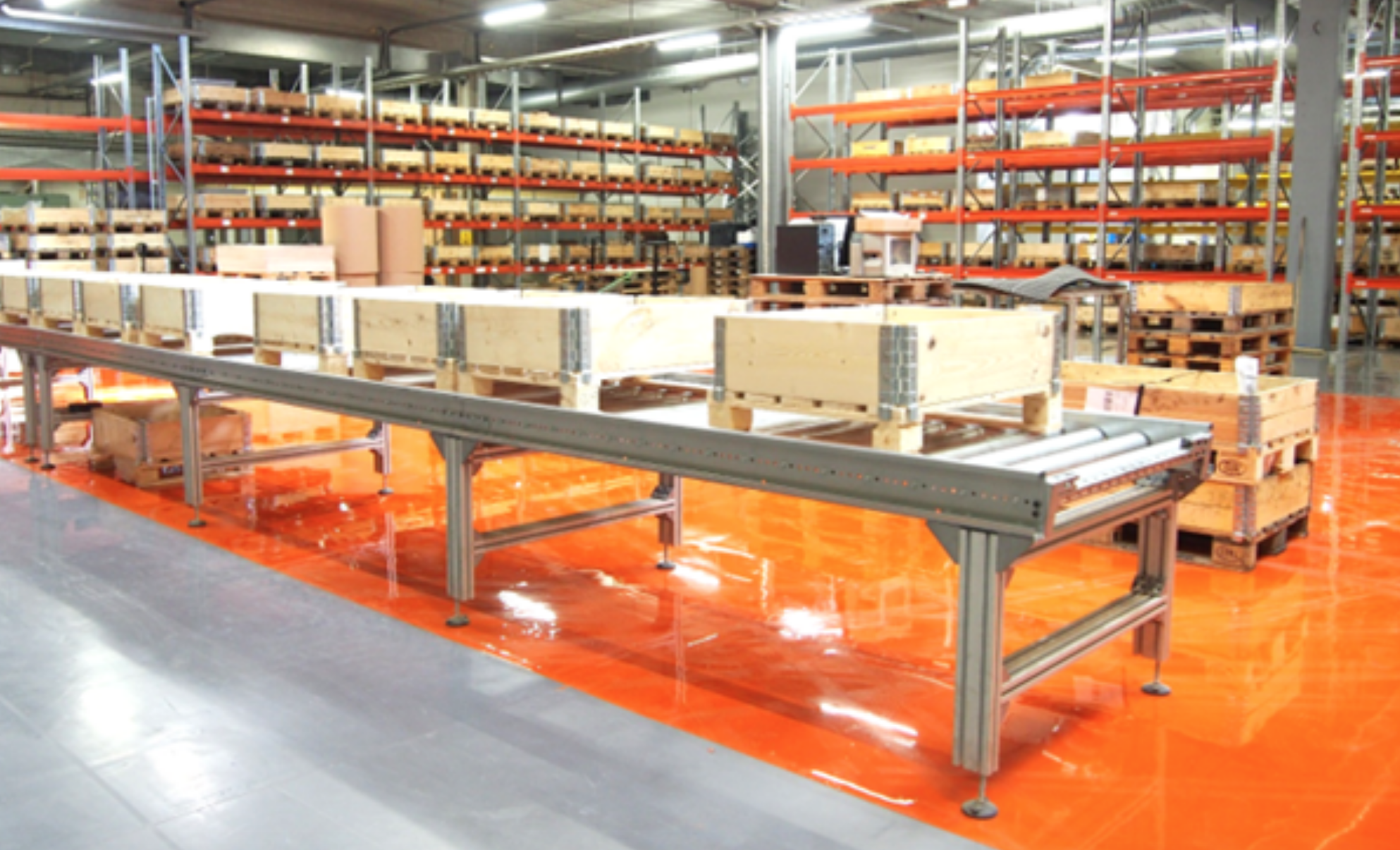 Last year was good in the Finnish metal industry but the sales started to decline towards the end of 2019. The availability of components improved and thanks to this our customers were able to increase their production. Correspondingly, Jame-Shaft increased production volumes and autumn 2019 was the best autumn period in the company’s history. In spite of the increased sales, our delivery capacity remained at very good level. Thanks to new machines and increased personnel we were able to meet the growing demand and even expand our customer base. The same positive trend continued in the first quarter of 2020, until COVID-19 started to paralyze all activities.

END_OF_DOCUMENT_TOKEN_TO_BE_REPLACED

The biggest growth in the Finnish metal industry started to decline towards the end of 2018, but the beginning of 2019 was good for Jame-Shaft as well as for other companies in the business. Thanks to new investments in the metal business, the total capacity increased and, generally speaking, delivery capacity improved. Some companies suffered from a lack of components, which caused some delays and rescheduling of assemblies

END_OF_DOCUMENT_TOKEN_TO_BE_REPLACED

Last year was a time of strong growth for the Finnish metal industry. However, the growth was somewhat reduced due to three significant contributing factors. Many components were not available. Also, it was difficult to employ new workforce and some raw materials were difficult to get.

END_OF_DOCUMENT_TOKEN_TO_BE_REPLACED 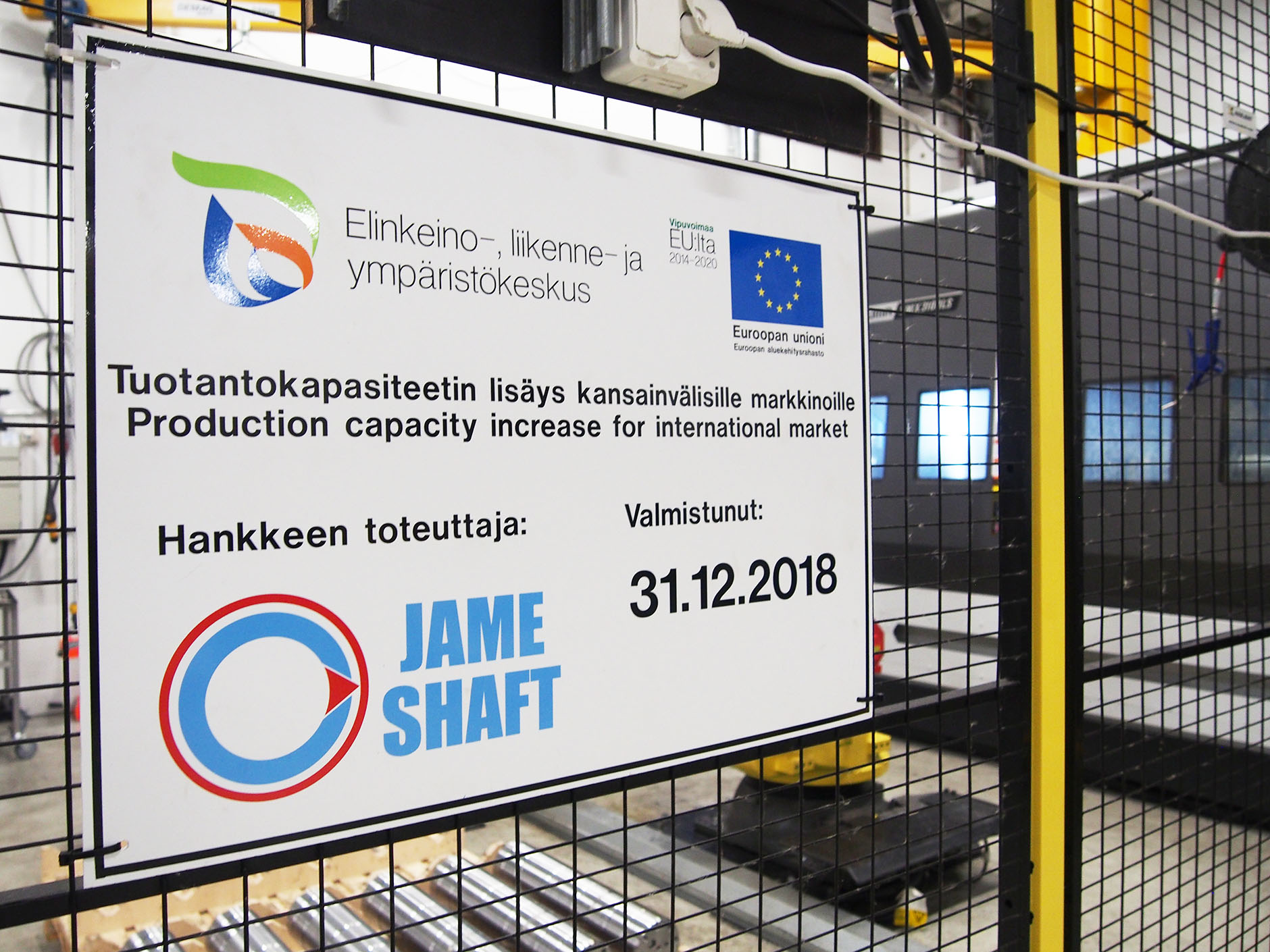 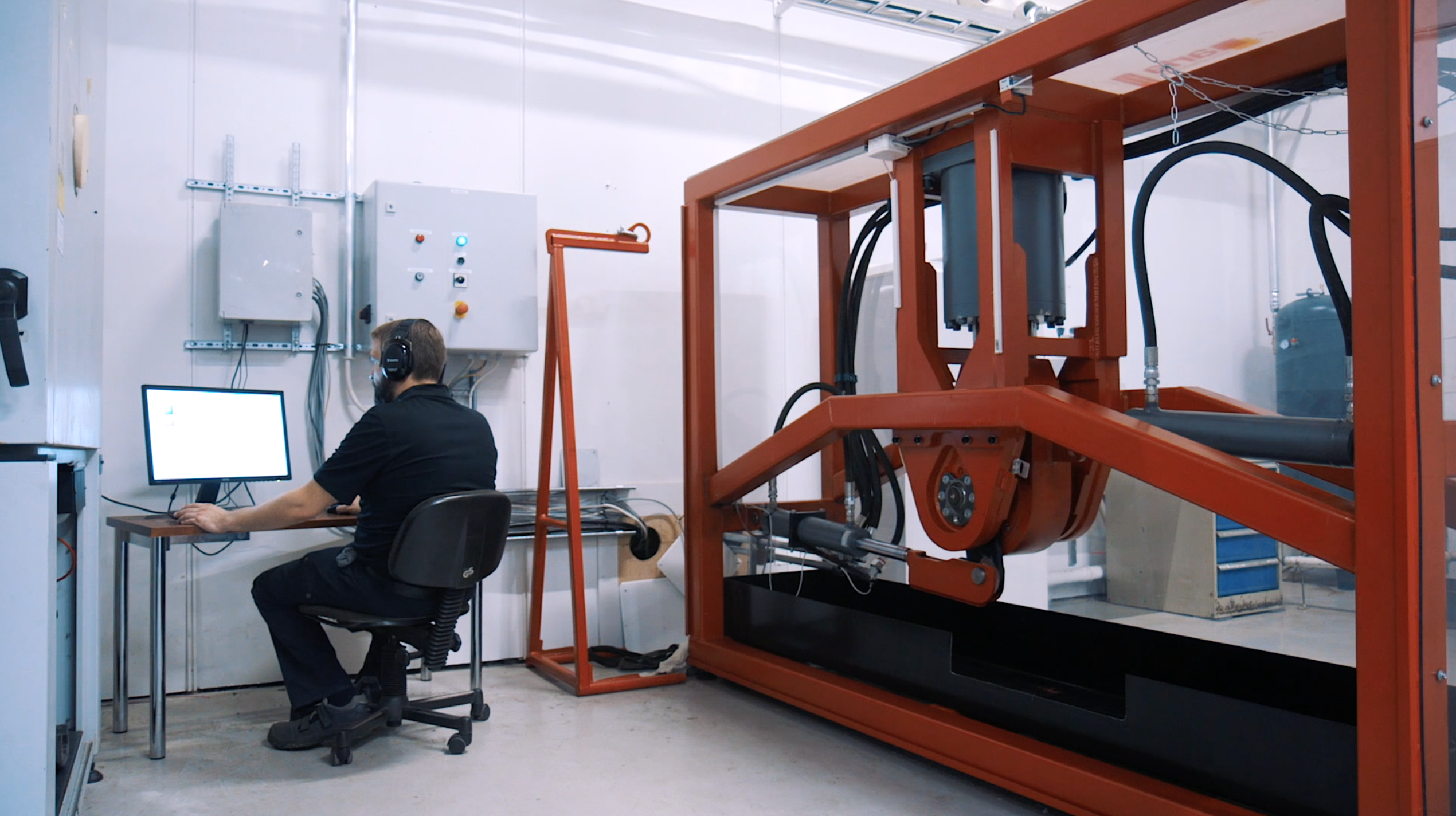 The beginning of 2018 was still a time of strong growth in the Finnish metal industry. However, the growth seems to have stabilized through this autumn. All in all, our total invoicing was still at a good level, but open orders have somewhat decreased. This shows clearly at Jame-Shaft in August, invoicing was still very good in August but the number of orders had already decreased somewhat. Compared with last year, total invoicing was less in September and October than the year before. Partly, it is due to normal seasonal fluctuations, but also, we have had the lowest sales figures often in October for several years in a row. From there on, the orders have increased gradually towards the spring. Nevertheless, it is clear, that invoicing this autumn won’t increase compared with the same period last year.

END_OF_DOCUMENT_TOKEN_TO_BE_REPLACED

Jameshaft Oy is committed to protecting your personal data and privacy. The purpose of this  statement is to explain how Jameshaft Oy and its authorised partners personal data received through Jameshaft Oy’s websites and internet service, and other and customer partner interactions.

END_OF_DOCUMENT_TOKEN_TO_BE_REPLACED

Last year was finally a time of strong growth for the metal industry. The change was rapid, which resulted in competition for resources, especially in work force and raw material. The only thing hindering an even greater growth was insufficient capacity, not a lack of demand. The reason for insufficient capacity lies in the fact that workshops have not been investing in new machinery over the past ten years or so. This has particularly shown-up as a decreased service level for customers. At the same time, new machine investments have been made and new staff employed. However, it takes some time before the new resources can be fully exploited and service levels restored.

END_OF_DOCUMENT_TOKEN_TO_BE_REPLACED 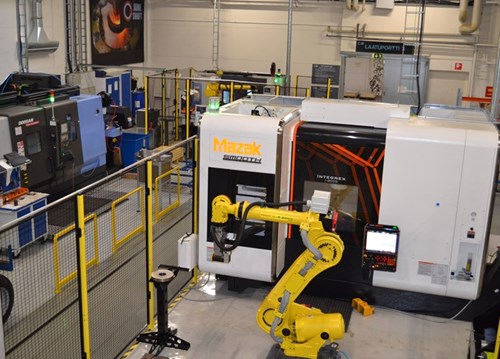 There has been a turn for the better in the Finnish economy after a long wait. The improvement already started at Jame-Shaft by the end of last year, with the situation improving significantly in the metal industry since the spring and summer. The only thing slowing down the growth is really, insufficient capacity. Investments in various metal workshops have stayed at a low level for a long time and, therefore, the required capacity, i.e. what we had in 2008, cannot be reached. However, machine investments have started again, but it will take some time before the new machines are up and running.

END_OF_DOCUMENT_TOKEN_TO_BE_REPLACED 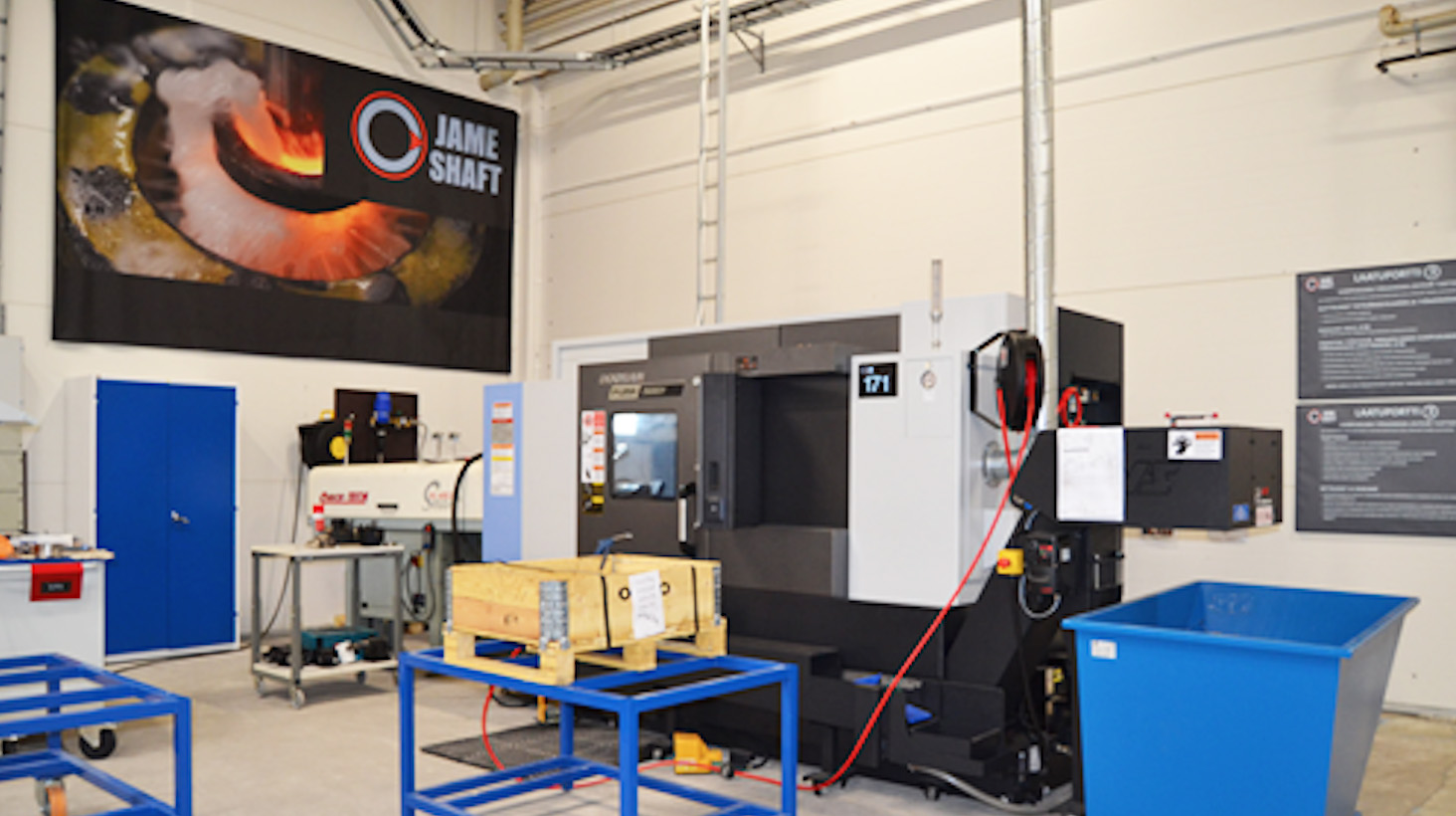 As the summer is approaching, we’d like to wish you a sunny and successful spring and summer of 2017. The Finnish economy is finally improving and many experts are predicting an even bigger growth in the economy than before. This shows well in the Finnish metal industry where a growing number of companies are working at full capacity. There is, of course, a slight uncertainty in the market, both in Finland and elsewhere. The relations between the two Super Powers are intense, North Korea is behaving aggressively and today terrorism is a reality even in the Nordic countries. In Finnish industry, a hot topic of discussion is the labour union negotiations this autumn. This will have an effect on all the companies in the industry, even though many firms are doing well and have a positive outlook for the future. One clear sign of this is that many workshops have started investing in new machinery.

END_OF_DOCUMENT_TOKEN_TO_BE_REPLACED

We have had a warm and sunny autumn and we can also state that we can finally see some light at the end of the tunnel regarding the Finnish economy. The atmosphere at the subcontracting fair was generally speaking quite positive and they even broke the earlier record in visitor numbers. At the same time, we would like to thank all the people who visited our stand, it was really nice to have a chat with you all.