The very eventful first quarter of 2021 is behind us. COVID-19 continues to be a major factor in our lives. Even with the help of vaccinations, it will not be overcome for a long time, but as the number of people vaccinated increases, the situation will ease and day by day we will also learn to live with it better. Gradually, restrictions on movement and travel can be lifted and life will begin to return to normal. However, it won’t be the same as it was before the pandemic and on the other hand the appreciation of things in everyday life will be significantly higher, at least for a while. Hopefully, vaccinations will gain more momentum and as many people as possible will take it so that herd immunity is achieved as quickly as possible.

Developments in the general economic situation have also been unusually difficult to predict. A year ago, listed shares were at a low point, but over the past year their value has sky-rocketed to new record highs. Since the result of the US presidential election has finally been resolved and the situation in the country has stabilized, the country’s economy has started a strong recovery, with growth projected at around 6%. Growth forecasts for the Eurozone are more moderate, but the economy is still forecast to grow at a good pace. This is reflected in both the Purchasing Managers’ Index and the growth in the order book. The biggest threats to good development are seen as the lack of availability of raw materials and components and their rapidly rising prices. Problems with the availability of components have already caused production disruptions and, in the worst case, the suspension of all production for some time. Large-scale state-sponsored support policies support positive developments, but there are fears that they will lead to inequalities between sectors. It remains to be seen what its effects will be in the long run.

As in the previous release, the autumn situation at Jame-Shaft was very variable. August started briskly, there was a slightly quieter moment in October-November and towards the end of the year the number of orders started to grow quickly. After the turn of the year, order volumes continued to grow at an accelerating pace. The speed of development is best illustrated by the fact that the order intake in February 2021 was double compared to November 2020. Then order intake in March was 10% higher than in February. Of course, we had not been able to prepare for such rapid growth, so the plans had to be updated very quickly. As we already announced in the January press release, the first equipment investments were made at the end of December, and at the same time staff recruitment began. To date, the net increase in personnel is 15 people in production and our total number of employees has grown to about one hundred.

As can be seen from the above, managing the situation is challenging. Thanks to previous investments and the strong commitment and flexibility of our staff, as well as plenty of overtime, we coped well with the rapid growth in January-February. In March, the required delivery volumes clearly increased and this unfortunately began to show in reliability of delivery. From a production point of view, however, March was very good, with monthly invoicing exceeding the EUR 2 million mark for the first time. And what’s more, by a lot! The same good pace has continued in April. However, we understand that good growth rates will not reassure those of you who need your components on time. With our measures, we aim to reach the balance as quickly as possible and at the moment we are already in a situation where incoming orders and invoicing are in balance. However, that is not enough, and we will continue to increase our capacity so that delays are also eliminated and our reliability of delivery returns to normal levels by the summer. The high degree of automation of previous investments can now be fully utilized and the share of unmanned working hours in total machine hours has increased significantly. In addition, overtime work will continue both during the week and on weekends so that all possible machine hours are in use. It can be said that machine capacity is not a bottleneck, but more staff are needed to use the machines.

Investments in machinery continue. The first machines ordered at the end of December have already arrived. The first to arrive, the turning machine for large parts, is already in full production use in the robot cell. Another turning machine equipped with a robot that increases our capacity in finishing smaller products, i.e. the so-called hard turning, is currently being installed.

In addition to these, an automated forklift system has been ordered, which will handle transports between departments and machines on a 24/7 basis. Also, a supply contract has already been made for an automation cell that handles the unloading and filling of pallets of horizontal machining centres. Most recently, outside the budget, a contract has been made for a new multitasking turning machine equipped with a bar feeder. We can explain these new investments in more detail in the following releases when the equipment installations begin.

On the environmental side, a significant investment has also been made to increase recycling. For the treatment of abrasive waste, a press has been acquired with which the abrasive waste can be compressed into bricks and then delivered with the scrap metal for reuse. 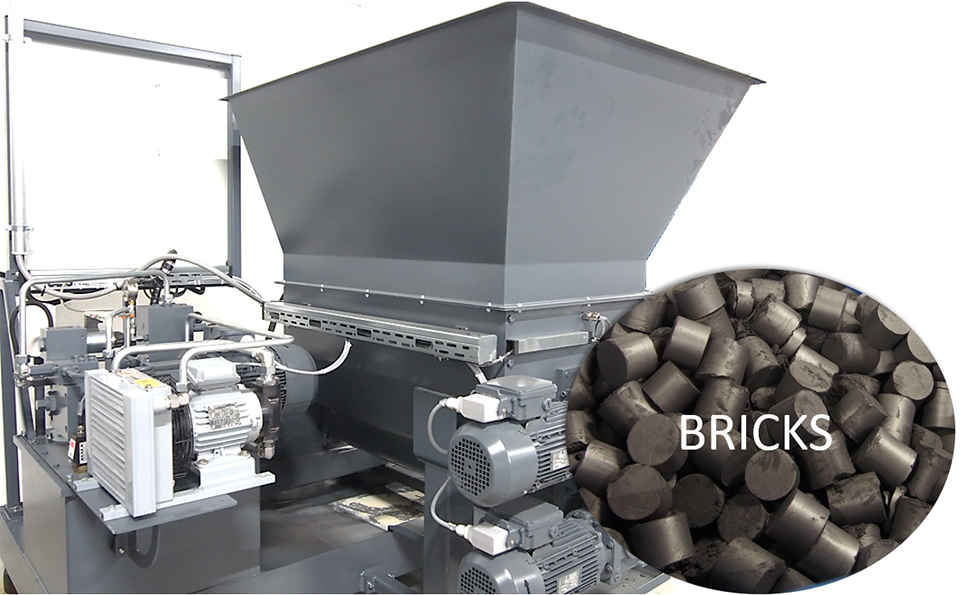 At present, there is particular concern about rising raw material prices and their availability. This has already been somewhat reflected in our delay in starting work due to a lack of raw material. There have been difficulties especially in the availability of hollow bars, but occasionally also in tempering steel bar material. We have also often had to use oversized raw material or alternative suppliers which significantly increases our costs. At present, the capacity of steel mills is insufficient to meet the increased demand and they are regrettably reluctant to increase their capacity, at least in the short term. At the same time many of those have informed that they do not take new customers which limits our possibilities to find alternative raw material sources.

During the first half of the year, we also conducted a customer satisfaction survey and a job satisfaction survey for our own personnel. Thank you to all the respondents and especially to those who provided verbal feedback and suggestions for improvement. In both, the results were generally good, but there was also room for improvement. We will address these matters during the current year and continue to improve our operations and working conditions.

We wish all our customers a successful and productive year 2021!

We hope that the positive development in the world economy and for you will continue. By developing our operations together, we will make the year an especially good one. Hopefully COVID-19 will also be brought under control through vaccinations and we will also be able to meet in person.

This website uses cookies to improve your experience while you navigate through the website. Out of these, the cookies that are categorized as necessary are stored on your browser as they are essential for the working of basic functionalities of the website. We also use third-party cookies that help us analyze and understand how you use this website. These cookies will be stored in your browser only with your consent. You also have the option to opt-out of these cookies. But opting out of some of these cookies may affect your browsing experience.
Necessary Always Enabled
Necessary cookies are absolutely essential for the website to function properly. This category only includes cookies that ensures basic functionalities and security features of the website. These cookies do not store any personal information.
Non-necessary
Any cookies that may not be particularly necessary for the website to function and is used specifically to collect user personal data via analytics, ads, other embedded contents are termed as non-necessary cookies. It is mandatory to procure user consent prior to running these cookies on your website.
SAVE & ACCEPT
Scroll to Top